Too old to dance? Think again!! 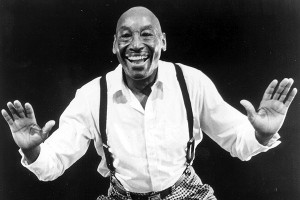 Bologna – the Italian province and city made famous by its delicious spaghetti sauce – at a swing dance camp, is where I first encountered Frankie Manning in person.

He shuffled into the hall, leaning on a cane, put down his walking aid and taught a dance class to 5 dozen enthusiastic lindy – hoppers. He was 93 years old. His son, Chazz Young, a sprightly septuagenarian, was teaching tap dance classes at the same dance festival.

It was the first time that I had ever really considered that if you do what you love, you never feel old.

Tempest Storm (emulated by Sugar Blue’s gorgeously talented Ruby DeLure at this years Fringe Festival’ ‘Chronicles of Burlesque’) shows no signs of age being a barrier to her getting up, strutting, shaking and shimmying her way across a stage.

One of my more memorable bellydance students was a spirited 73 year old, named May. Suffering from back pain, she attended several doctors until she found one that would agree with her that bellydance was the best thing she could do for her spine. She attended every week, and jingled through the door, a string of bells, a Christmas decoration, draped around her hips.

So next time you feel too tired to haul yourself off the sofa on a soft (ie rainy) cold Winter’s evening… Next time you feel too jaded to try something new, to participate in a dance class or attend a show, ask yourself…am I over 93? If not, you’ve no excuse. If the answer is ‘yes’, go anyway- you might teach the young uns a thing or two.