Queens of the Pilbara

There are so many things that I love to do that are all part of my life as a burlesque performer. Travel. Sharing the stage with new people. Refining my hair and makeup skills. Costume making. Photo shoots. What’s even more fun is when I get to collaborate with other like minded performers and use our burlesque skills to do something a little more out of the box.

As part of the Red Earth Arts Festival, I was flown up to Karratha to perform in the Sugar Blue Vaudeville Revue show at the De Parel Spiegeltent (another thing I love!). I was fortunate enough to be sharing the stage with MC Magnus Danger Magnus, Clara Cupcakes, Miss Gail Force, and we roped in the skills of Famous Sharron and Madam Adam to keep things interesting. Clara and I had been plotting for weeks leading up to the show (she is based in Melbourne now, so spending time with her is a real treat!), and we bandied about the idea of doing a Priscilla: Queen of the Desert style photoshoot out in the red dust. All of our fellow performers were keen to get in on the action, so extra wigs, lengths of chiffon, and boxes of false eyelashes were packed. And glitter. Lots of glitter.

After a couple of lovely locals (Peter and Justine) caught light of our plans, they were more than happy to drive us out to a good patch of red dust and help make our Drag Queen Dreams come true! I had packed my Pentax film camera and a couple of rolls of film and set to work capturing my friends – now with added sparkle! 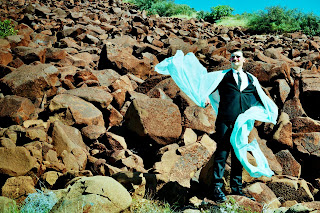 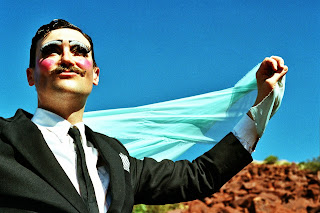 MC Magnus Danger Magnus sparkled under the Karratha sun and wrangled his piece of chiffon in his trademark black suit, and makeup by Clara Cupcakes. 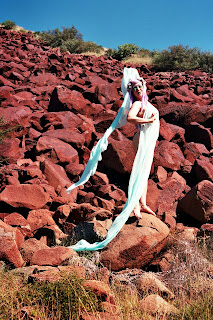 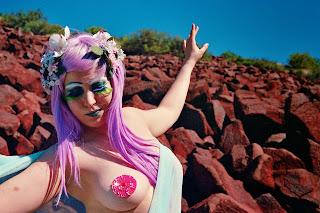 Clara Cupcakes was a vision! A pretty little garden nymph in a piece of chiffon and not much else! 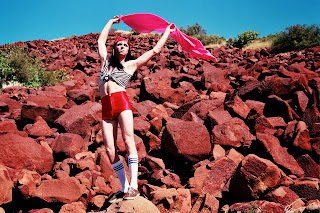 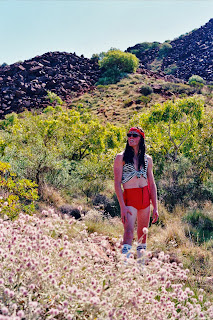 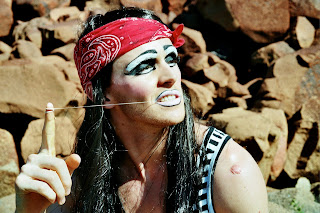 We took great pleasure in transforming Adam into a Mexican Chola. He stayed in character all afternoon. (makeup by Clara Cupcakes) 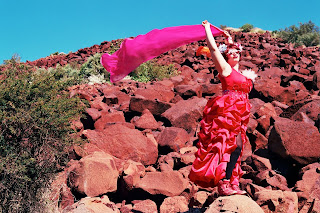 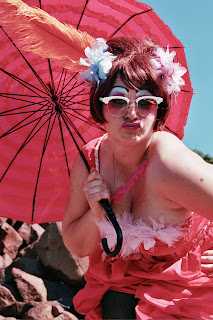 We were beyond fortunate to be joined by the Famous Sharron on our adventures! She was kind enough to let me do her makeup for her but insisted on her own hair. 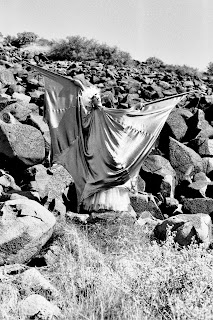 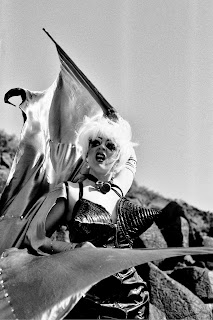 Well, by the end I had run out of colour film, but Clara Cupcakes picked up my camera and got some great shots of me in my Ursula the Sea Witch costume! Black PVC and heavy satin are not your friends in full afternoon sun. A well deserved mojito was in order afterwards.

That concludes our adventures!

Look at me! Im Famous Darls!