How to Make an Organza Boa

I decided I wanted an organza boa to go with my green costume but the ones in Taurus have raw edges and are a bit scratchy. I saw another performer’s boa the other week that was made from tubes so it was all soft and bunchy (is that even a word?) and thought that was a better way to make it and that I could just do it myself. I couldn’t find any decent how-to tutorials on the web so here is the way I went about it!

Thankfully I am an immensely talented artist, so have drawn some highly accurate, to-scale cross-section drawings to help you understand what I am describing and what is shown in the photos. The red lines are the stitching lines. The pink and green highlighted lines show the separate ‘tubes’ of organza.

Step 1: I bought 6m of 150cm wide organza and tore it into 4 long strips – 2x 50cm wide and 2x 25cm wide. NB if you want a fuller boa these strips need to be wider, so you will need double the length of fabric unless you magically come across fabric significantly wider than 150cm.

Step 2: Fold one of the thinner pieces in half and pin it inside the folded wider piece (you will do this step twice). Sew up the entire length of both halves. Turn inside out once sewn so the raw edges are inside. 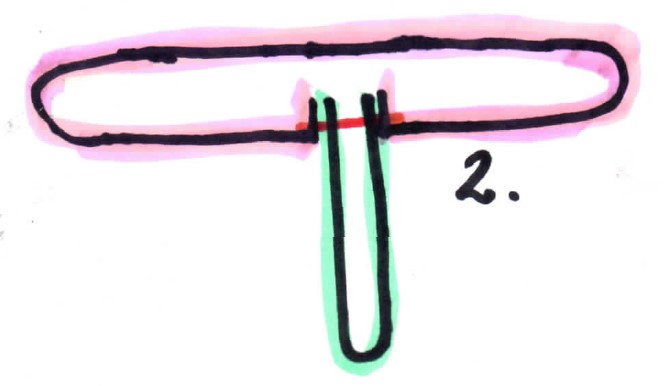 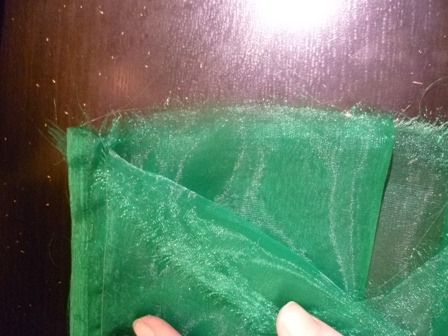 Step 3: Pin the two halves together with the thinner section sticking out the middle on both sides. Fold these thinner sections over to one side and sew up the entire length through both halves (Image 3). The organza will bunch up in places and you will get folds that you will stitch through – this doesn’t matter at all cos the whole thing will be gathered so these imperfections won’t show at all. 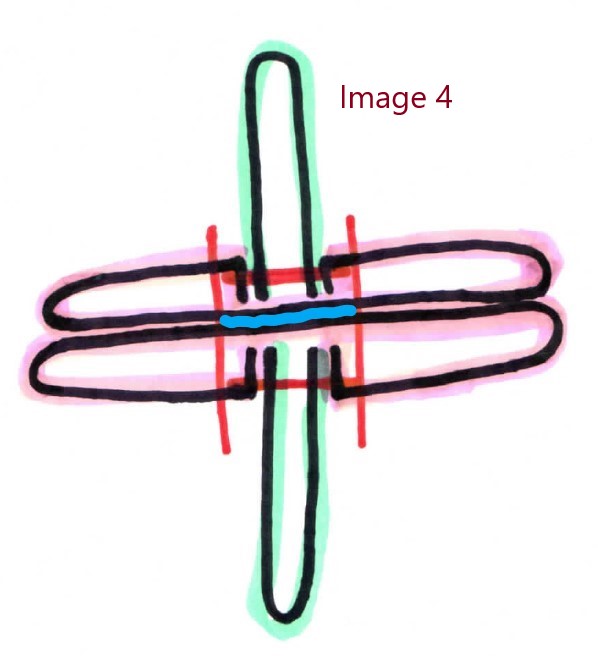 Step 4. Flip the thinner sections over to the side you just stitched and then sew up the other side, leaving a gap around 1-2cm in the centre for your gathering ribbon to go up. The final thing will resemble Image 4.  It’s important that you have a ‘hole’ running all the way through the centre between your four lines of stitching (seen in blue on Image 4). 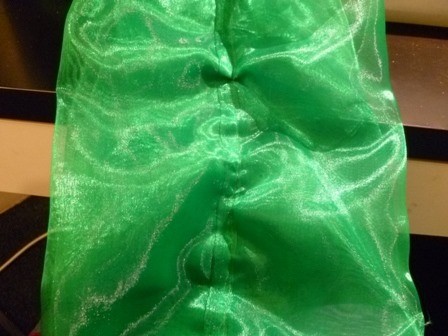 Step 5. Now you should have a 6m length of 6 tubes all sewn together in the centre. Get a thin ribbon (I used a 1cm black ribbon I had lying around) and put a large safety pin on the end. Feed this up the entire length of the centre hole of the boa (where the blue bit is in Image 4) and stich the ribbon in place at the very end.  Don’t let the tail get lost inside or you’ll have to start again!. 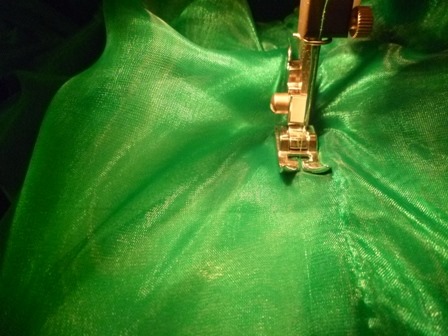 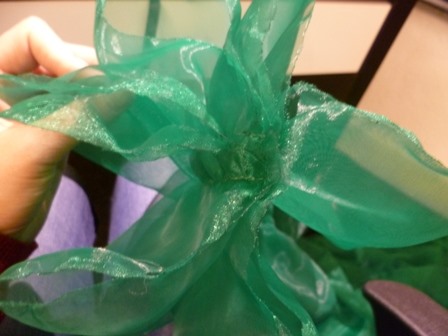 Step 6. Now gather the hell out of the boa until you get the desired length and srunchiness, then stitch the other end in place. Mine is about 2.5m long. You can adjust the gathers and tubes so they puff out a bit nicer.