The glamorous ‘Hooray for Hollywood’ show was held on the 14th July 2012 at the Fly By Night, Fremantle. It’s guest star was Miss Burlesque Australia Winner for 2012, Briana Bluebell from Sydney. The show was also MCed by a new MC for Sugar Blue, comedian Bonnie Tessa Davies. 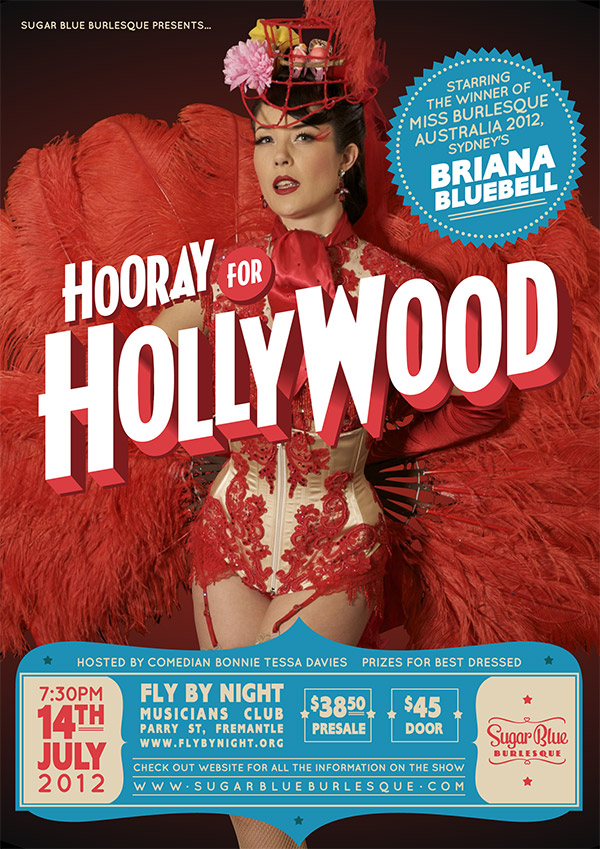 Here are highlights from the show. Photos are by John Leonard. 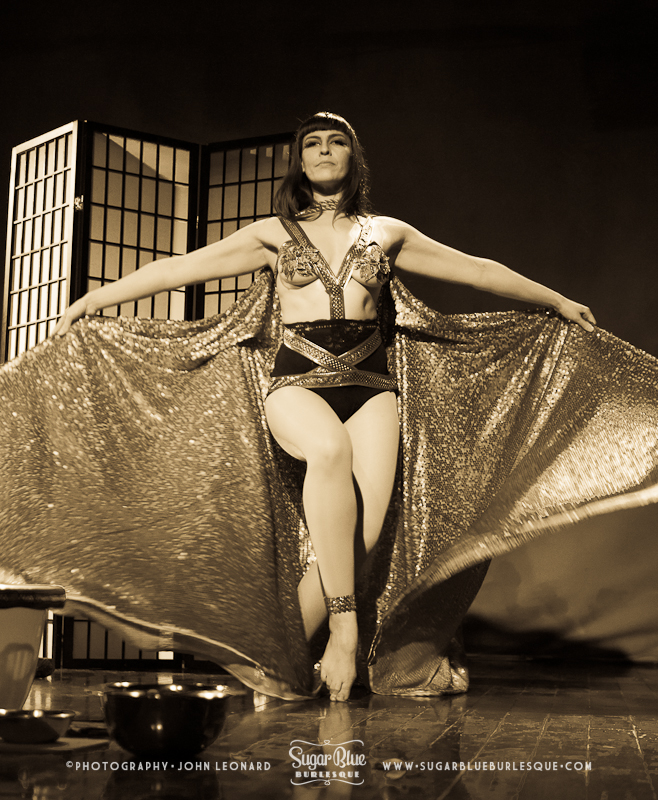 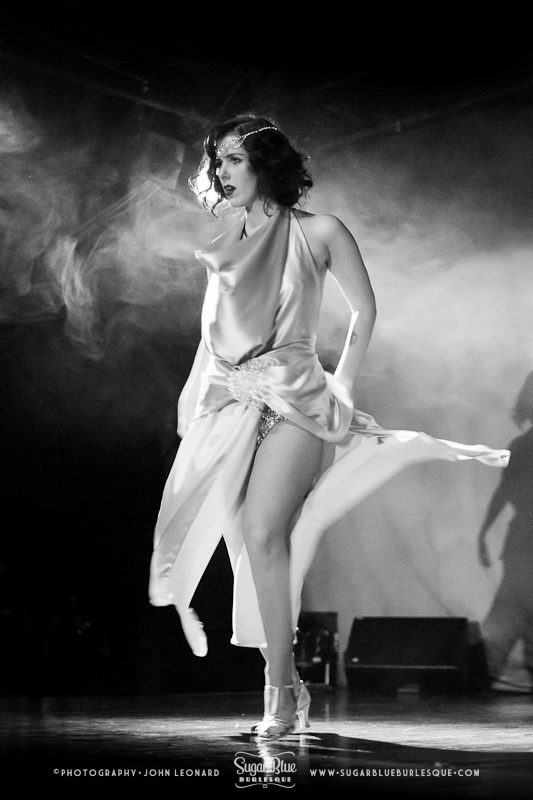 Smokin’ Hot Agatha Frisky at the end of her act of Marlene Dietrich tribute. 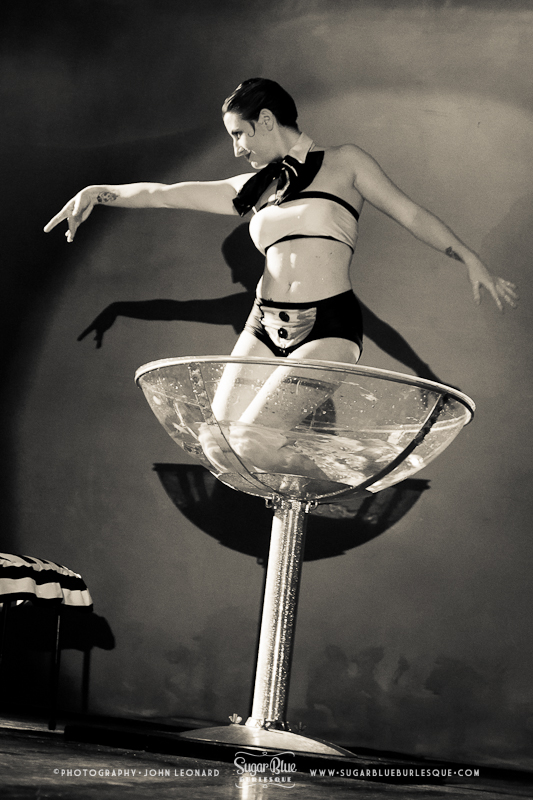 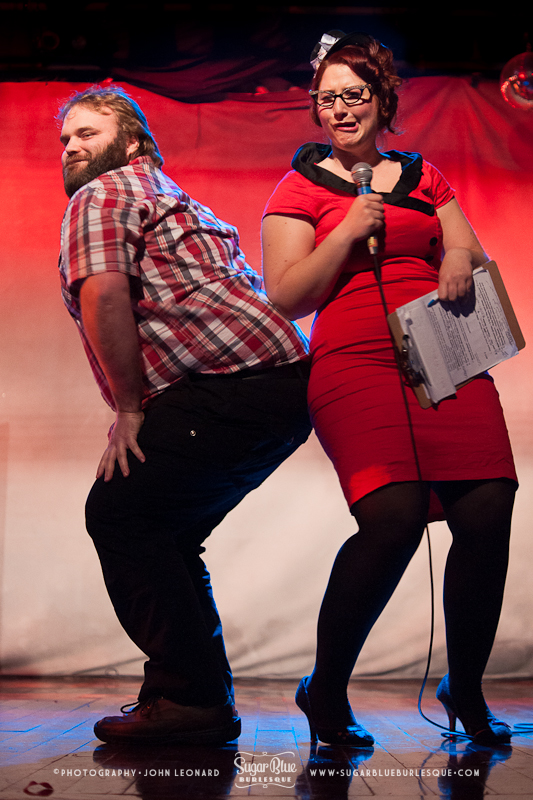 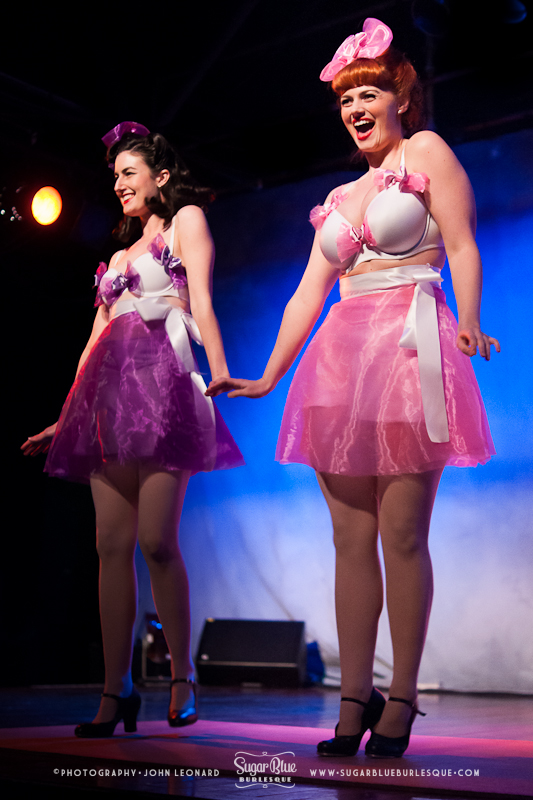 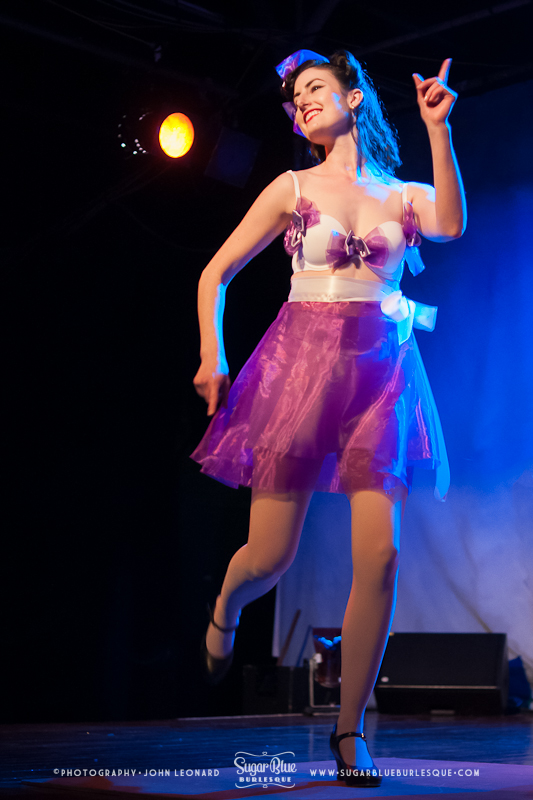 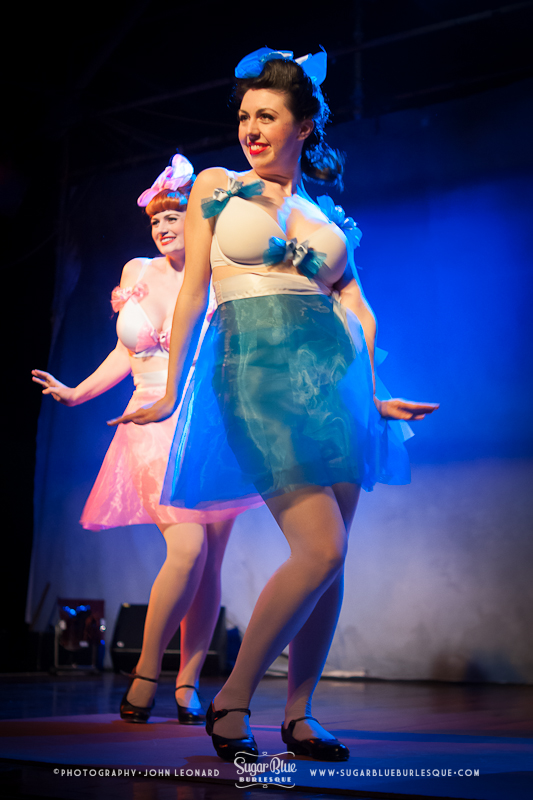 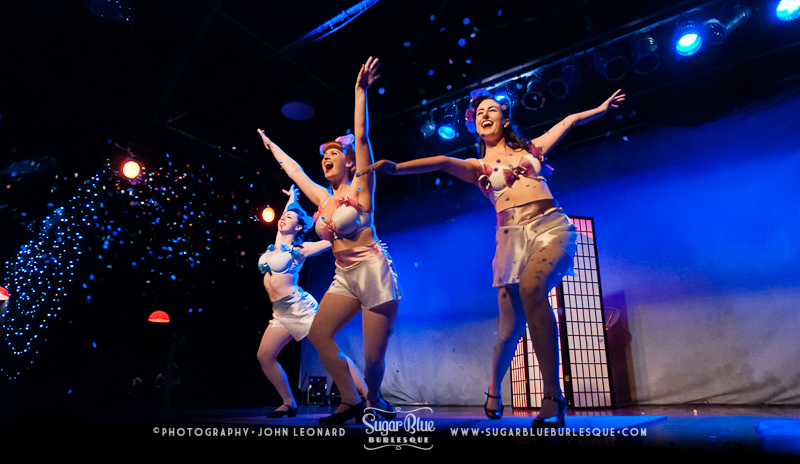 Here are the girls in action 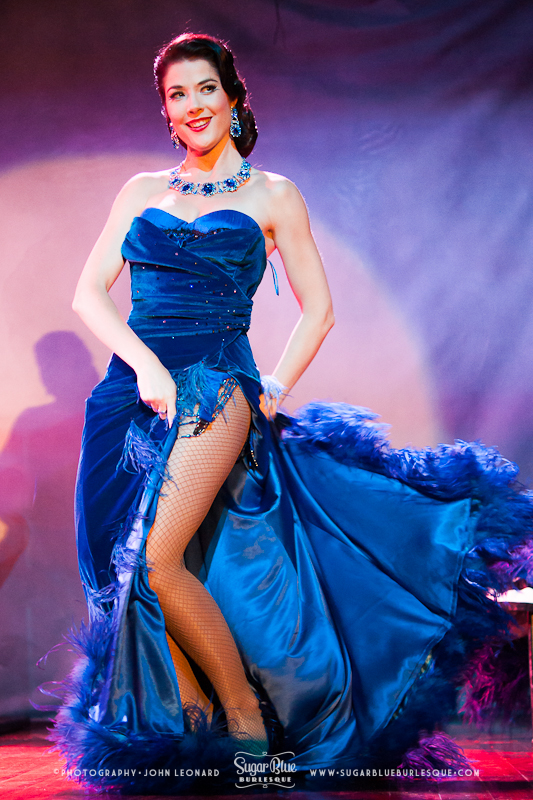 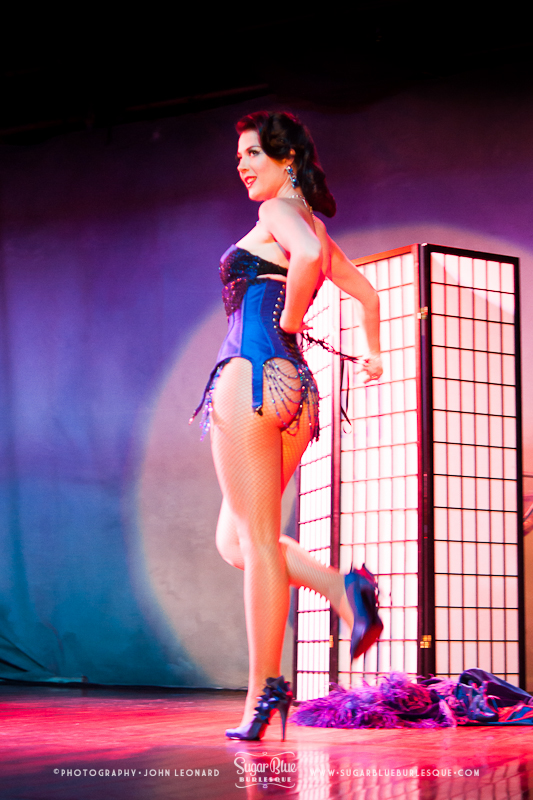 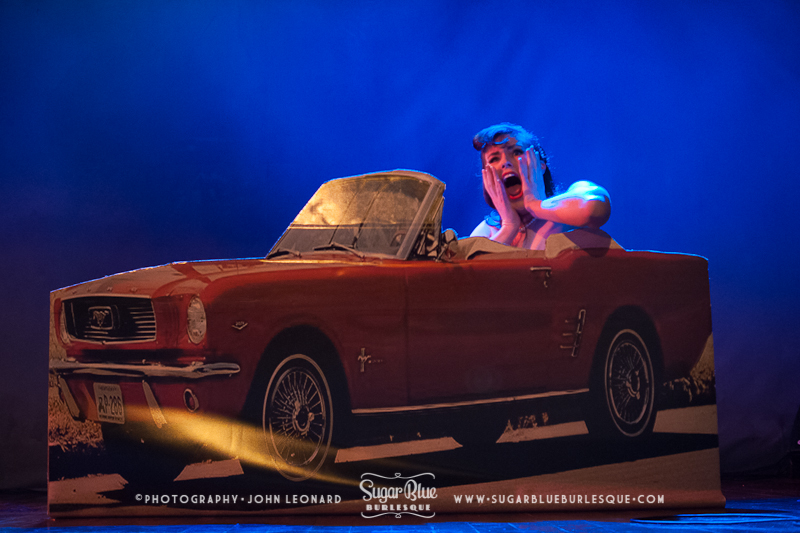 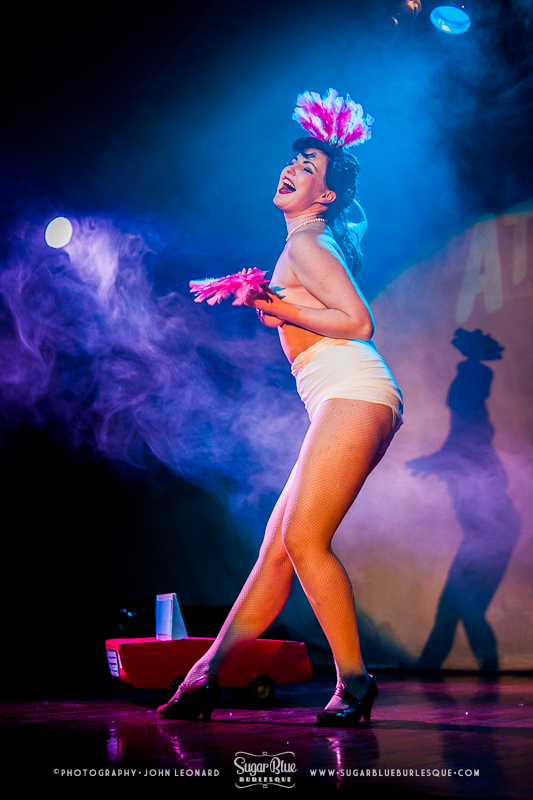 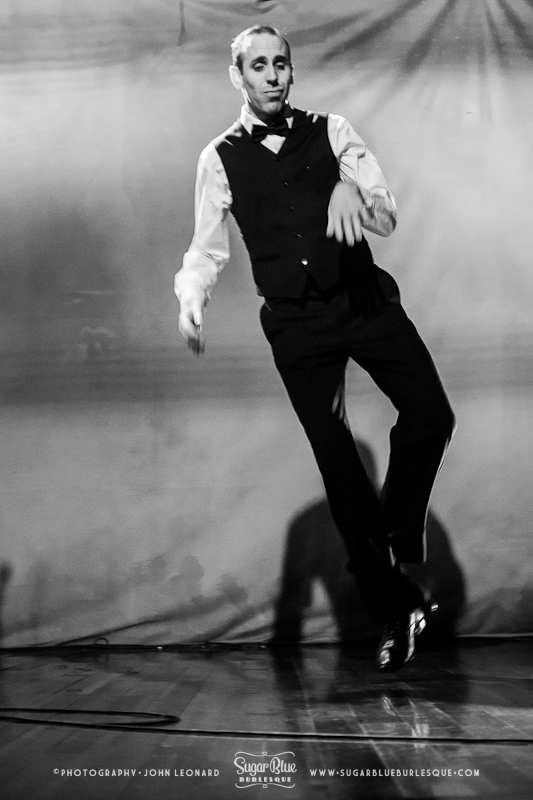 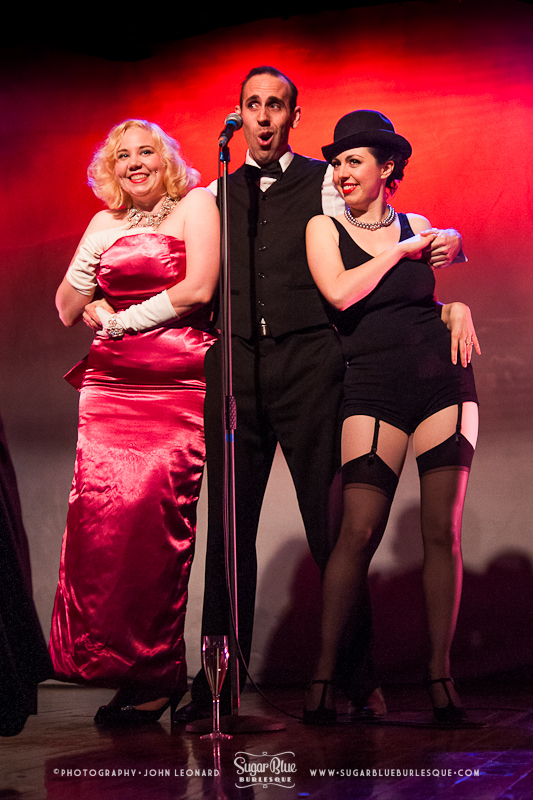 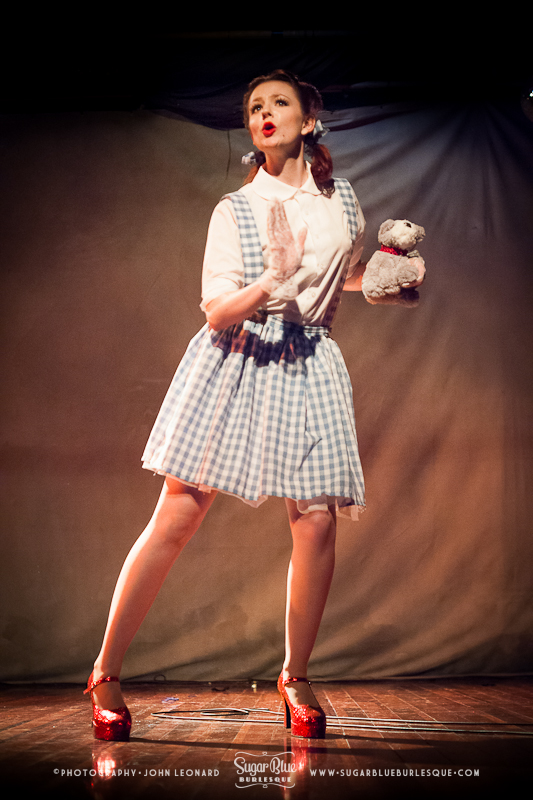 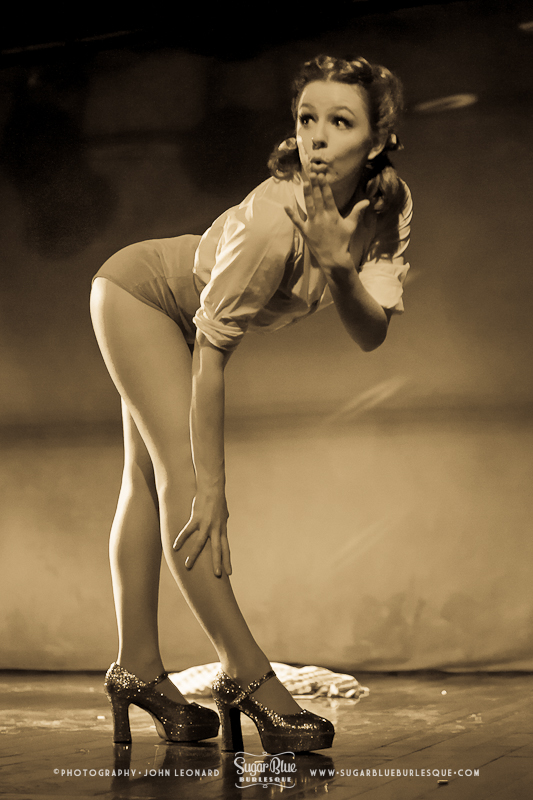 Miss Ruby Slippers, playing her ideal as Dorothy from the wizard of oz. 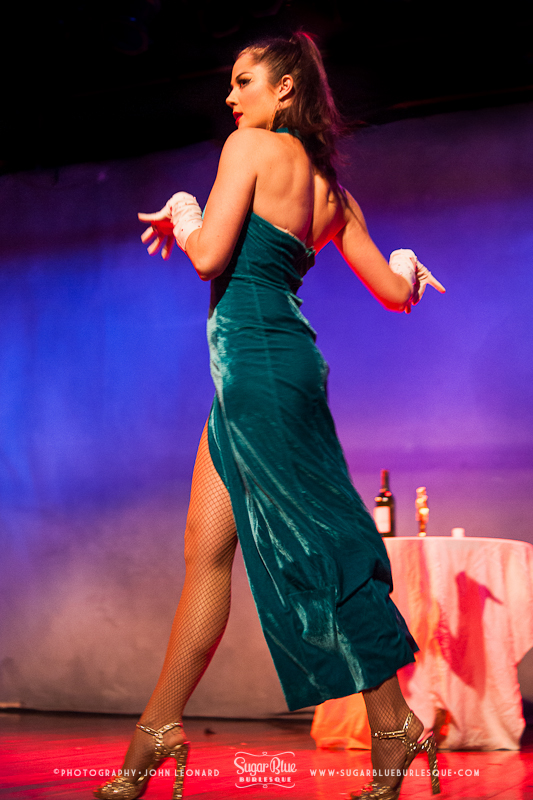 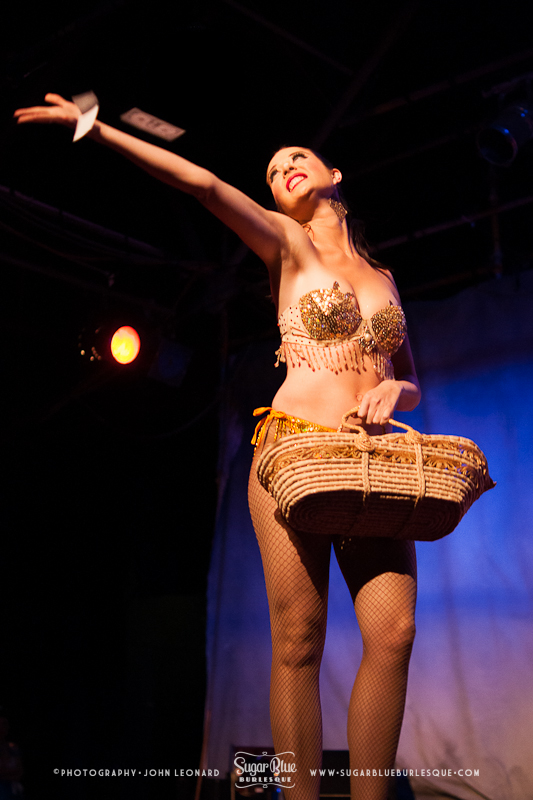 Briana Bluebell goes through the motions of what it can be like being a hollywood star! From fame to disgrace.. 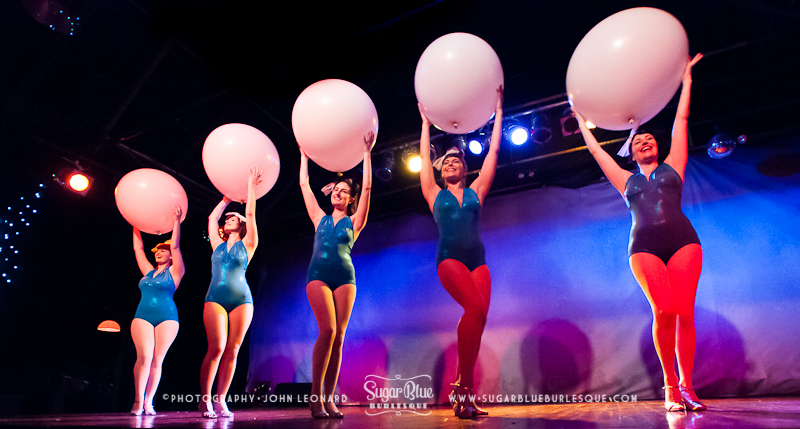 The Sugar Blue Burlesque Ladies bring back the balloon dance as a finale to the show. Gorgeous!